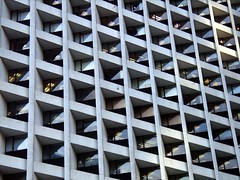 In the next few years, venture capital funds will find themselves squeezed from four directions. They’re already stuck with a seller’s market, because of the huge amounts they raised at the end of the Bubble and still haven’t invested. This by itself is not the end of the world. In fact, it’s just a more extreme version of the norm in the VC business: too much money chasing too few deals.

Unfortunately, those few deals now want less and less money, because it’s getting so cheap to start a startup. The four causes: open source, which makes software free; Moore’s law, which makes hardware geometrically closer to free; the Web, which makes promotion free if you’re good; and better languages, which make development a lot cheaper.

When we started our startup in 1995, the first three were our biggest expenses. We had to pay $5000 for the Netscape Commerce Server, the only software that then supported secure http connections. We paid $3000 for a server with a 90 MHz processor and 32 meg of memory. And we paid a PR firm about $30,000 to promote our launch.

Now you could get all three for nothing. You can get the software for free; people throw away computers more powerful than our first server; and if you make something good you can generate ten times as much traffic by word of mouth online than our first PR firm got through the print media.