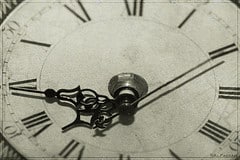 If it feels like your workday never ends, you can at least take comfort in knowing you’re not alone.

The majority of small-business owners say they work at least 50 hours per week, according to a recent poll — far more than the national average of 33.8 hours per week reported by the Bureau of Labor Statistics.

Thirty-three percent of small-business owners reported working more than 50 hours per week, while an additional 25% said they work more than 60 hours a week, according to a poll of readers of the New York Enterprise Report. The poll, conducted throughout January and February, found that 70% of respondents also worked at least one weekend on a regular basis.