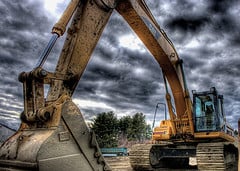 One emerging trend is that some cities aren’t waiting for economic growth to come to them — they are creating it for themselves. And town governments are finding that they, too, have to redefine themselves to attract businesses and entrepreneurs. Like the NFL, towns are seriously recruiting businesses.

Along the lines of “if you build it, they will come,” a host of places has established new business opportunities by identifying the kinds of establishments they lack and offering incentive programs to help entrepreneurs launch them.

For instance, Louisville, Ky., launched Corridors of Opportunity in Louisville after noticing a dearth of retail establishments, particularly grocery stores. The COOL program includes a forgivable loan package of up to $50,000 for those new businesses that serve an in-need neighborhood for at least five years.

Sweltering Freeport, on the Lone Star State’s Gulf Coast, is looking to start a water park for its residents, and is offering graduated tax abatements for businesspeople who are interested in setting one up.

And Effingham, Ill., which wanted to bring upscale eateries to town, recruited two restaurateurs, a hometown pair who had moved to San Francisco. Effingham raised $1 million toward the effort from 15 investors and bank loans and the Firefly Grill opened for business in February. It is a model that the town hopes to replicate with other small businesses. Already in the works: a 1,500-seat concert hall.