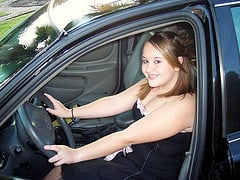 Ben Bennani knows the risks and rewards of niche marketing. Find a niche — either by creating a demand or serving an overlooked clientele — and exploit it.

That philosophy came in handy a couple of years ago when Bennani was trying to revive the small car-rental firm he had acquired.

Casting about for ways to lure customers from rivals, Bennani focused on big agencies generally not renting cars to drivers ages 18 to 20. Here, he decided, was a pool of potential customers just waiting to be noticed.

It was a risky strategy; the big companies shun this age group for a reason. For one thing, U.S. drivers 18 to 20 are much more likely to be involved in an accident.

Then there’s the problem of payment and security. Renting a car typically requires a credit card — something many young people lack.

Bennani tackled the first problem in a couple of ways. He offers safety tips — a sort of informal driver’s ed course — to improve the odds that his cars will come back in one piece.

He also imposes restrictions on how far his younger customers can drive, usually 100 miles. If they exceed their limit, he will make a note in their file and threaten them with a ban.

Renters who return his cars in pristine condition are rewarded with $20 gift certificates to a French restaurant. Good behavior also warrants a free limo ride home.

On the financial front, Bennani requires a security deposit that can reach into the hundreds of dollars, which is charged either to the renter’s credit card or to the card of a friend or relative.

Drivers in the 18-to-20 bracket account for about one-quarter of Bennani’s business, and he plans to add the word “teens” to the company nameplate when he renews his business license next year.