Part 9 Don’t Get Above Your Business 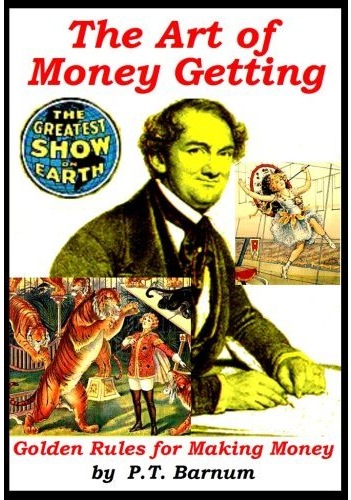 Young men after they get through their business training, or apprenticeship, instead of pursuing their avocation and rising in their business, will often lie about doing nothing. They say, “I have learned my business, but I am not going to be a hireling; what is the object of learning my trade or profession, unless I establish myself?”

“Have you capital to start with?”

“How are you going to get it?”

“I will tell you confidentially; I have a wealthy old aunt, and she will die pretty soon; but if she does not, I expect to find some rich old man who will lend me a few thousands to give me a start. If I only get the money to start with I will do well.”

There is no greater mistake than when a young man believes he will succeed with borrowed money. Why? Because every man’s experience coincides with that of Mr. Astor, who said, “it was more difficult for him to accumulate his first thousand dollars, than all the succeeding millions that made up his colossal fortune.” Money is good for nothing unless you know the value of it by experience. Give a boy twenty thousand dollars and put him in business, and the chances are that he will lose every dollar of it before he is a year older. Like buying a ticket in the lottery, and drawing a prize, it is “easy come, easy go.” He does not know the value of it; nothing is worth anything, unless it costs effort. Without self-denial and economy, patience and perseverance, and commencing with capital which you have not earned, you are not sure to succeed in accumulating. Young men, instead of “waiting for dead men’s shoes,” should be up and doing, for there is no class of persons who are so unaccommodating in regard to dying as these rich old people, and it is fortunate for the expectant heirs that it is so. Nine out of ten of the rich men of our country to-day, started out in life as poor boys, with determined wills, industry, perseverance, economy and good habits. They went on gradually, made their own money and saved it; and this is the best way to acquire a fortune. Stephen Girard started life as a poor cabin boy, and died worth nine million dollars. A. T. Stewart was a poor Irish boy; and he paid taxes on a million and a half dollars of income, per year. John Jacob Astor was a poor farmer boy, and died worth twenty millions. Cornelius Vanderbilt began life rowing a boat from Staten Island to New York; he presented our government with a steamship worth a million of dollars, and died worth fifty millions. “There is no royal road to learning,” says the proverb, and I may say it is equally true, “there is no royal road to wealth.” But I think there is a royal road to both. The road to learning is a royal one; the road that enables the student to expand his intellect and add every day to his stock of knowledge, until, in the pleasant process of intellectual growth, he is able to solve the most profound problems, to count the stars, to analyze every atom of the globe, and to measure the firmament–this is a regal highway, and it is the only road worth traveling.

So in regard to wealth. Go on in confidence, study the rules, and above all things, study human nature; for “the proper study of mankind is man,” and you will find that while expanding the intellect and the muscles, your enlarged experience will enable you every day to accumulate more and more principal, which will increase itself by interest and otherwise, until you arrive at a state of independence. You will find, as a general thing, that the poor boys get rich and the rich boys get poor. For instance, a rich man at his decease, leaves a large estate to his family. His eldest sons, who have helped him earn his fortune, know by experience the value of money, and they take their inheritance and add to it. The separate portions of the young children are placed at interest, and the little fellows are patted on the head, and told a dozen times a day, “you are rich; you will never have to work, you can always have whatever you wish, for you were born with a golden spoon in your mouth.” The young heir soon finds out what that means; he has the finest dresses and playthings; he is crammed with sugar candies and almost “killed with kindness,” and he passes from school to school, petted and flattered. He becomes arrogant and self-conceited, abuses his teachers, and carries everything with a high hand. He knows nothing of the real value of money, having never earned any; but he knows all about the “golden spoon” business. At college, he invites his poor fellow-students to his room, where he “wines and dines” them. He is cajoled and caressed, and called a glorious good fellow, because he is so lavish of his money. He gives his game suppers, drives his fast horses, invites his chums to fetes and parties, determined to have lots of “good times.” He spends the night in frolics and debauchery, and leads off his companions with the familiar song, “we won’t go home till morning.” He gets them to join him in pulling down signs, taking gates from their hinges and throwing them into back yards and horse-ponds. If the police arrest them, he knocks them down, is taken to the lock-up, and joyfully foots the bills.

He might more truly say, “if you can’t make a fool of yourself;” but he is “fast,” hates slow things, and don’t “see it.” Young men loaded down with other people’s money are almost sure to lose all they inherit, and they acquire all sorts of bad habits which, in the majority of cases, ruin them in health, purse and character. In this country, one generation follows another, and the poor of to-day are rich in the next generation, or the third. Their experience leads them on, and they become rich, and they leave vast riches to their young children. These children, having been reared in luxury, are inexperienced and get poor; and after long experience another generation comes on and gathers up riches again in turn. And thus “history repeats itself,” and happy is he who by listening to the experience of others avoids the rocks and shoals on which so many have been wrecked.

“In England, the business makes the man.” If a man in that country is a mechanic or working-man, he is not recognized as a gentleman. On the occasion of my first appearance before Queen Victoria, the Duke of Wellington asked me what sphere in life General Tom Thumb’s parents were in.

“His father is a carpenter,” I replied.

“Oh! I had heard he was a gentleman,” was the response of His Grace.

In this Republican country, the man makes the business. No matter whether he is a blacksmith, a shoemaker, a farmer, banker or lawyer, so long as his business is legitimate, he may be a gentleman. So any “legitimate” business is a double blessing–it helps the man engaged in it, and also helps others. The farmer supports his own family, but he also benefits the merchant or mechanic who needs the products of his farm. The tailor not only makes a living by his trade, but he also benefits the farmer, the clergyman and others who cannot make their own clothing. But all these classes of men may be gentlemen.

The great ambition should be to excel all others engaged in the same occupation.

The college-student who was about graduating, said to an old lawyer:

“I have not yet decided which profession I will follow. Is your profession full?”

“The basement is much crowded, but there is plenty of room up-stairs,” was the witty and truthful reply.

No profession, trade, or calling, is overcrowded in the upper story. Wherever you find the most honest and intelligent merchant or banker, or the best lawyer, the best doctor, the best clergyman, the best shoemaker, carpenter, or anything else, that man is most sought for, and has always enough to do. As a nation Americans are too superficial–they are striving to get rich quickly, and do not generally do their business as substantially and thoroughly as they should, but whoever excels all others in his own line, if his habits are good and his integrity undoubted, cannot fail to secure abundant patronage, and the wealth that naturally follows. Let your motto then always be “Excelsior,” for by living up to it there is no such word as fail.