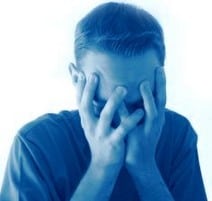 Does the economic downturn terrify you? Or are you plotting a new strategy for life with less money?

Your reaction offers a peek into your psyche, say researchers who study how personality shapes people’s reactions to uncertain times.

“People think about themselves and others in terms of typology – you’re this type,” says researcher Peter Jason Rentfrow of the University of Cambridge in England.

Many academics who study personality rely on the “Five Factor Model” (“Big Five”) a system that describes personality in five dimensions, such as neuroticism vs. emotional stability, or conscientiousness vs. not being very thorough.

For those with higher levels of neuroticism (seen as being tense or anxious), these uncertain times make for lots of angst, says Jacob Hirsh, a University of Toronto grad student who co-authored research in the October issue of Psychological Science. Uncertainty made some people even more anxious than negative feedback did, he says.

But some personality types appear to thrive amid flux, says psychologist Frank Farley of Temple University in Philadelphia. He suggests that “Type T” personalities are thrill seekers who tend to be self-confident, are often creative and innovative, have high energy and believe they control their own fate. He says they may view the economic uncertainty as “an opportunity.”

Optimism and resiliency are also positive traits for a down economy. Psychologists say most traits are about half due to genetics and half to environment, but Suzanne Segerstrom, a psychologist at the University of Kentucky-Lexington, says optimism seems more externally influenced and changes over time.

Whether you feel you control your own destiny also plays a part, says economist Arthur Goldsmith of Washington and Lee University. Those with an internal locus of control feel they have a strong influence over events in their lives. Those with an external locus believe most things are beyond their control, he says.

Those focused on money and possessions also may struggle, says Richard Ryan, a psychologist at the University of Rochester who studies materialism and shopping.

But those who focus on the here-and-now fare better, his research shows. “People who are able to focus on the present are more able to enjoy things going on in the moment that really do make us happy – like relationships, being in nature, giving to others,” he says.