FOUR people were hauled to court on Tuesday on charges of being involved in a fraudulent investment scheme in connection with the controversial multi-level marketing firm Sunshine Empire. 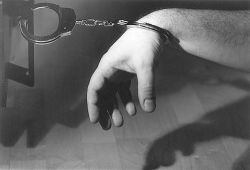 The prosecution alleges that Hoo, a director of Sunshine, abetted Phang and others to siphon $947,905 from the firm between December 2006 and August 2007.

Both men are said to being party to Sunshine’s business when they knew it was fraudulently selling prime packages which included potential returns.

Phang, described as a manager, and Hoo are accused of failing to keep accounting and other records for financial year 2007.

Phang, who has the most charges, is said to have conspired with his wife, Ms Jenny Chan, an accounts clerk, and others to falsify accounts involving amounts of $20,000 to $245,000 on six occasions between December 2006 and August 2007.