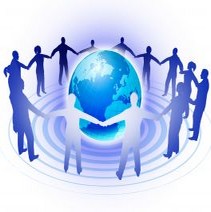 Internet metrics company comScore reports that the number of worldwide Internet users in December topped 1 billion users, the first time that barrier has been breached.

The key metric in the number of users is that most of them are from Asia, predominantly so: 41 percent, compared to 28 percent in North America and 18 percent in Europe.

Although a sizeable percentage of Europe speaks English in some capacity (as does Asia), the numbers indicate that most of the world’s Internet traffic will most likely be communicated using some non-English language.

China, for example, had 179 million users, topping the list of wired countries; the U.S. was second, at 163 million. Japan, Germany, and the United Kingdom rounded out the top five.