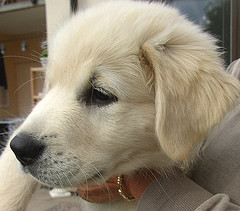 Some people actually consider their pets to be their children and they buy them top quality toy’s, facility care while out of town, top quality food, and even clothes. While the country is in a recession that causes people to start under buying on necessities such as paper towel, toilet paper, gas, day-care and more, it is truly amazing to me that the pet industry is still booming along.

More than $3 billion dollars will be spent on pet services in 2008 according to the APPA, which will likely continue to grow in 2009, but at a lower rate than in prior years. Pet parents are including their pets in their own lifestyles so visits to the spa, exercise regimes, and hotel-quality day care accommodations have become more common in urban areas. In the suburbs, Wal-Mart continues to expand its pet section and has even been testing grooming stations in some of its stores. Expect to see Wal-Mart roll out grooming to more of its stores in 2009, taking on PetSmart’s dominance in this area.