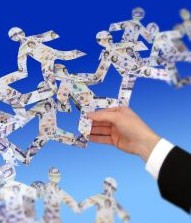 With the economy in terrible shape, owners of small businesses could use a break. The tax code offers many to choose from, including some recent additions, and others may be on the way.

Businesses received a batch of concessions late last year, when several measures that expired in 2007 were extended to cover 2008, said Barbara Weltman, a lawyer and author of “J. K. Lasser’s Small Business Taxes.” These include a 20 percent credit on research expenditure and a provision that allows businesses that lease office or other space to recover the costs of improvements over 15 years instead of 39.

A separate break, introduced as part of the Economic Stimulus Act of 2008, was a doubling, to $250,000, of the amount of equipment and other purchases that businesses could write off immediately, instead of a bit at a time through depreciation formulas, she noted.

The figure may go even higher. J. D. Foster, a researcher in tax and entitlement policy at the Heritage Foundation in Washington, pointed to “a consensus in Congress to extend and expand small-business expensing.”