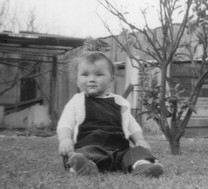 A new report from Forrester Research revealed some surprising information: apparently Baby Boomers aren’t exactly the technology Luddites that people think they are.

In fact, more than 60 percent of those in this generational group actively consume socially created content like blogs, videos, podcasts, and forums.

What’s more, the percentage of those participating is on the rise.

The number of Boomers responding to content posted online, as opposed to just passively consuming it, is also going up.

For companies wanting to reach out to the Baby Boomers online, this data shows that spending at least a portion of your budget on social applications for the group isn’t entirely a waste of time and money.

The group isn’t as active online as younger generations are, but their participation levels are now moderate and increasing.

The best bets for getting Boomers interested in your content is to create blogs or videos that relate to the life or work-style of Boomers, Forrester suggests.

And if you’re looking for feedback and contributions from the Boomers themselves – like comments or criticisms – make that process dead simple.