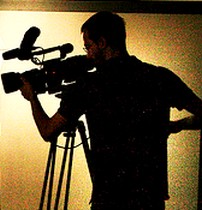 Media companies and people with camcorders and spare time – the drivers of popular online sites including Hulu.com and YouTube– are starting to face tough new competition for the attention of Web users who like to watch videos.

Businesses, colleges and institutions are leaping into online video production as the audience for clips soars and production and distribution costs plummet.

“It’s a gigantic business,” says Jeremy Allaire, CEO of Brightcove, an Internet video services firm. “Every single month it’s just grown and grown, to the point where a majority of our customers now are not media companies. They are people using the Web to market, communicate, educate and inform.”

Forrester expects that 187 billion videos will be streamed over the Internet in 2009, up 24% from last year. The growth of speedy Internet connections and improvements in video technology are major catalysts. “You forget how bad streaming video was a year and a half ago: the buffering and graininess,” Tulsiani says.