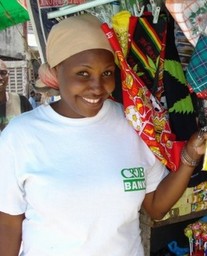 When the economic downturn took hold last autumn, the management team at non-profit Kiva.org made a calculated bet to curb investment, anticipating that donors would slow the volume of small loans they make to entrepreneurs in the developing world.

That slowdown never came. Now, the non-profit site is racing to keep up with user demand even while planning to bring its unique form of charity to the U.S.

Nearly 500,000 users have lent almost $65 million, interest-free, to developing-world entrepreneurs through Kiva.org. The nearly four-year-old site received a major boost during its early days from a wave of media publicity and the very public endorsement by former President Bill Clinton.

Now, in addition to trying to keep pace in the developing world, Shah and CEO Matt Flannery plan to bring Kiva to the U.S. in the next few months.

They’re signing on microfinance partners in the Bay Area and in the Northeast, and are targeting the 30 million or so Americans who don’t have bank accounts and the 18 million or so “micro-enterprises” that often rely on high-interest loans or payday advances to buy supplies — in Shah’s words, “folks who don’t have a FICA score or a credit history, but run a small enterprise.

At least for the last year, we’ve been thinking, wealth is everywhere, poverty is everywhere. When I was out in West Africa, and I said ‘we plan to let you loan to someone in U.S.,’ they loved that idea, that money would flow both ways.”