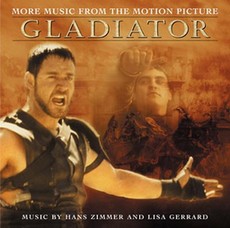 Accompanying this film was a stellar and award winning soundtrack by one of the most popular film composers in recent times, Hans Zimmer.

The soundtrack contains heroic anthems, soaring French horns, and sweeping strings that heighten the tension of the film and elevate the listeners emotions. One might ask at this point, given the title of the article, how can “Gladiator” help work productivity? The answer is in the emotional and physiological effects of music on work effectiveness and efficiency.

Firstly, I think that we can all agree that you current mood directly effects how efficiently you are working. If you are in a poor mood, and feel drowsy, lazy, or otherwise unmotivated, you work efficiency will likely be very poor.

The primary purpose of a good movie soundtrack is to compliment the story being told on the screen. Good story tellers draw you in, and make you feel and relate to the characters in the story. The movie soundtrack then serves as a magnifying glass for these emotions, drawing out and evoking these feelings to create a heightened state of emotion.