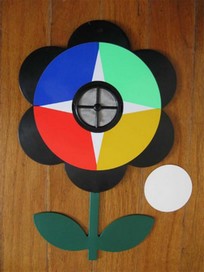 Thomas Kollars, a professor at Georgia Southern University in Statesboro, has invented a device called the ProVector that will kill the mosquitoes that carry dengue, as well as malaria.

It has the potential to save hundreds of thousands of lives.

“I’m here for a reason,” Kollars says. “I’m here to make this a better place.”

When it’s manufactured and distributed throughout the tropical and subtropical regions of the Third World, the ProVector, which resembles a large, brightly colored plastic flower, will hang in people’s homes and public buildings.

Mosquitoes are lured by the colors, then feed on a nectar inside that contains a biopesticide that is safe for humans but deadly for the insects.

In trials conducted by the Walter Reed Army Institute of Research, the ProVector killed 50 percent to 100 percent of mosquitoes within days.

“This mechanism is beautiful because it’s so straightforward,” says Dr. Charles Senessie, president of the Afro-European Medical and Research Network. “It’s easy, accessible and affordable.”