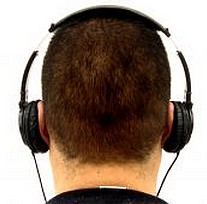 An Embassy Vinyl customer could be a 50-year-old looking for a Doobie Brothers LP, a 20-something hipster looking for an old punk 45, or a teen looking for a used CD cheaper than dollar downloads of every song.

In an age where YouTube, Dizzler and iTunes have all but replaced LPs, 45s and even CDs in public consciousness, Embassy Vinyl and other music stores survive by serving niches.

The death of the music store and the music business has been predicted for years. CD-burners allowed near perfect replications. Internet downloads and streaming have made listening to music free. Younger consumers – always a chief market for prerecorded media – seem to have little need to have a tangible representation of a song. Today’s teens can’t remember a time when there was no Internet.

Now, analog and digital are more likely to be merged. Many independent label artists have consistently released their work on vinyl, and sell new releases with both formats packaged together. Those who purchase vinyl, often find a voucher entitling them to download the songs as MP3s. USB turntables allow vinylphiles to put their collection on their computer and ultimately burn onto CD.

Gallery of Sound has been expanding its vinyl bins with more used and collectible LPs, he said. Battered $1 LPs sell like penny candy at the stores, a modest price for anyone looking to replace a favorite or wanting to discover something.

Nardone faces less competition than ever. Large music chains have largely disappeared and big box retailers treat music as an afterthought. Still staying afloat a constant battle, with small victories. After burning CDs, listening on-line, and illicitly downloading for years, a growing number of music consumers are taking the next step: supporting artists they enjoy by buying a T-shirt, CD, download, or concert ticket.