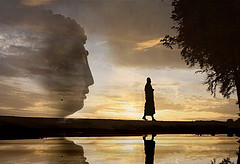 A recent interview was conducted with psychologist R. Keith Sawyer regarding the creative process and posted on OpenForum. In this interview, Sawyer made many valuable points that could come in quite handy for any business owner.

â—Build on ideas that you’ve had before. Such as the ipod, it came from the walkman. Same concept in business, take an already had idea and build it into something bigger and better.

â—Keep thinking about a problem or idea over and over. Most thing’s do not just strike us in the head with all the details and quirk’s already worked out. Research show’s that most thing’s solved comes from lot’s of thinking.

Give yourself permission to think up many ideas. Creative people have tons of ideas, but most of the ideas simply don’t pan out. That’s okay because even though most of your ideas will suck, they help you get to the great ones. The trick is to let your mind wander and come up with many ideas and then cull the good from the bad.

What has your creative mind come up with for your business?