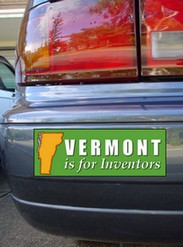 At least that’s what Forbes magazine says, if you measure inventiveness based on states’ patents per capita — in other words, each state’s number of patents relative to its population size.

And what states round out the top 5?

Of course, these rankings are heavily skewed by the companies in the states, as they’re responsible for getting most of the patents.

Vermont’s #1 largely in patents per capita because IBM employees in the state got 282 patents (in a state with just over 600,000 residents).

Idaho — it’s home to Micron Technology, which picked up 828 patents last year. You can imagine how folks at Microsoft, HP and MIT helped round out the Top 5.