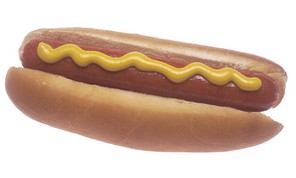 When life hands you a lemon, sell a lemon ice. When the economy gets chilly, serve up a chili dog.

That’s what more and more folks are doing this recession, turning to street treats — hot dog carts and ice cream trucks. The initial investment is low, the income can be good, and there isn’t a boss looking over your shoulder.

In the first three months of 2009, American Dream Hot Dog Carts, a manufacturer of mobile food-vendor carts in Florida, reported to the Wall Street Journal that it was selling 25 new carts a week, more than double its typical output. Other manufacturers are also reporting record demand for new hot dog carts.

On the ice cream truck side, Captain Tom’s Ice Cream, which runs a fleet of about three dozen trucks out of its depot on West 67th Street in Cleveland, is enjoying a wave of driver applicants.

“We’re getting a lot of good drivers,” says Joshua Gee, Captain Tom’s depot manager. “I hate to say it, but when people lose jobs, we get a good quality of driver.”

Cleveland considers hot dog carts a food-service operation, which means you’re going to need a few permits. You’ll need a food peddler’s license, which is $60. To get that, you’ll also need a medical screening to make sure you’re free of salmonella, tuberculosis and other communicable diseases that no one wants on top of their Polish Boy.

The cart itself needs a mobile food-service license, which is $263.44. Because city code prohibits food from actually getting cooked on the sidewalks (carts can only keep food hot), your cart is going to need a separate location, called a “commissary,” where the food is prepped and cooked and where your cart is stored and cleaned. That commissary requires a Class 4 food-service license, which costs $617 annually.

If you want your cart to be downtown, you’ll also need a sidewalk permit from the Department of Public Service. That’s another $200. (To set up your cart in a location outside downtown, you’ll need the approval of the council member in that ward, according to Carroll.)

How soon can you start seeing a profit? Basic carts start at about $2,000, so you’re looking at start-up costs at more than $3,000, not counting food, insurance and other costs.

If your cost for a hot dog, bun and condiments works out to, say, 35 cents each, and you’re pricing them at $1.25, you’ll need to sell about 3,300 frankfurters before you start making a profit. Sell 150 dogs a day, and you’ll clear $35,100 a year, not including profits from chips and soda. You can play with the numbers at the Hot Dog Profit Calculator.