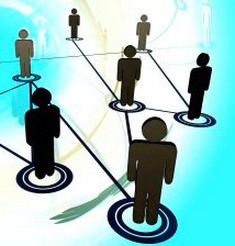 Good news for homebodies: A Cisco survey of 2,000 people worldwide has revealed that employees who telecommute experience higher rates of productivity, work-life flexibility, and overall satisfaction. As if that isn’t enough, the survey also showed that telecommuting saves the company money and drastically reduces carbon dioxide emissions.

According to Rob Rolfsen, Cisco’s director of process, governance and sustainability, the survey was inspired by a British study that claimed working from home was worse from an environmental perspective than going into the office. “They made the untrue assumption that you turn everything off in the house when you leave,” Rolfson said. So Cisco decided to find out the truth about teleworking.

Cisco’s workforce telecommutes an average of two dates a week, but many workers surveyed said they would prefer to work from home three days a week. That’s not surprising when you look at other results from the survey–75% of respondents said their work was more timely when telecommuting, 83% said their ability to communicate with co-workers was the same or better than in the office, and 67% claimed that the overall quality of their work improved. The vast majority of respondents (91%) said telecommuting was important to their overall job satisfaction.

But telecommuting doesn’t just help employees. It also helps the company’s bottom line, saving Cisco approximately $277 million each year in time and productivity costs. And then, of course, are the obvious environmental benefits of not driving or taking public transportation to work. In 2007 alone, Cisco employees stopped 47,320 metric tons of greenhouse gases from being released. Workers also saved $10.3 million in fuel costs each year from telecommuting.