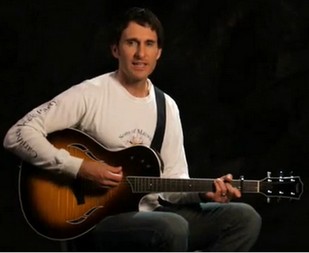 Professional musician Dave Carroll spent months trying to get compensation from United Airlines to fix his $3,500 Taylor guitar after it was damaged by baggage handlers at O’Hare Airport.

After getting the final “no” from United, he composed a 4-minute video called “United Breaks Guitars.”

He posted the video on YouTube. As of this writing it has had over 2.2 million views – and climbing. That’s in just 4 days’ time.

This must be a PR nightmare for United. Not only has the video achieved viral interest, but the story has been picked up by major news outlets around the world.

Just sample a dozen or so of the 12,000+ YouTube comments. You’ll get a feel for the overwhelmingly negative sentiment toward United.

If nothing else, this video shows how YouTube is becoming the court of last resort, when it comes to customer complaints.

The court of last resort used to be the Supreme Court. But heck, YouTube is easier to get into.

How Thank You Emails Can Improve Your Prospects

Andrew Miller’s Advice to CEO’s: Network to Help Your Business

Marketing for Real Estate Agents: What You Should Be Doing Right...