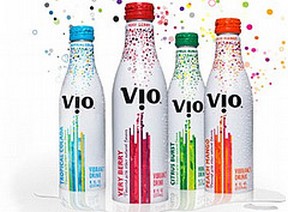 For those of you who don’t like the taste of flat milk, Coca-Cola is coming to the rescue with Vio, a concoction made of skim milk mixed with sparkling water, fruit flavoring, and cane sugar. It sounds slightly nauseating, but Coke assures us that the milk won’t curdle in its aluminum bottle. Wonderful, but is this really a healthy alternative to regular milk?

While Coke says that Vio is healthy thanks to its “natural ingredients”, calcium, and vitamin C, these are questionable claims. Mother Nature News points out that Coke doesn’t reveal the complete list of ingredients in the drink anywhere on its Web site–it must contain more than just skim milk, sparkling water, fruit flavoring and cane sugar, because none of these ingredients contain fat and yet somehow Vio has 1.6 grams.

Nutritional claims aside, the lessons of history may prove detrimental for Vio. Cresta, a fizzy drink contained fruit flavors and milk-derived ingredients, was popular for a short period in the 1970s before disappearing. And British company BritVic tried to sell a carbonated milk drink six years ago before giving up on the idea. Don’t be surprised if the same thing happens to Vio.