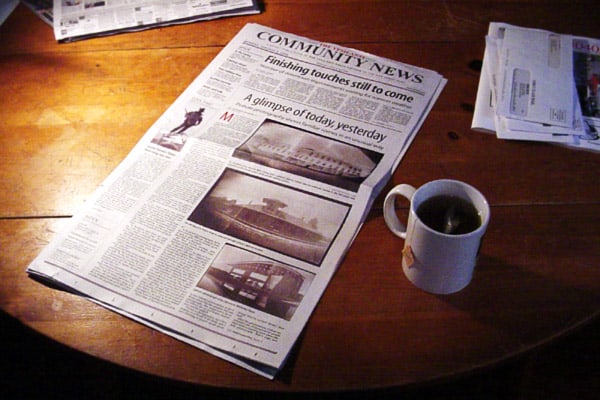 The problem of the daily press in the U.S. is exclusively this: the collapse of its business model. That model used to be, plainly put, making money–a lot of money, oceans of money–delivering advertising on newsprint into peoples’ homes. Subscribers didn’t pay for news. Advertisers did.

Remember “shoppers,” the poorly designed throwaway publications filled with tacky little ads? Daily newspapers are high-end shoppers. They spent a lot of money on original content to class up the operation and give people a reason to ask for the ads to be delivered. Long before the web displayed the power and leverage of critical mass, newspapers benefited from it; once you got the franchise in your particular locale, you tried not to stir up trouble, because it just distracted you from time better spent cashing checks.

Some people liked the news, sure; most thought they were paying for it. And some papers spent more money on news than they had to. But the papers weren’t selling the news. They were selling ads and charging a lot of money for them because of one thing only: They held an informal monopoly on a societal convention whereby they deposited those ads–around which they wrapped some reporting, some of it serious, some of it fluff–on subscribers’ driveways.