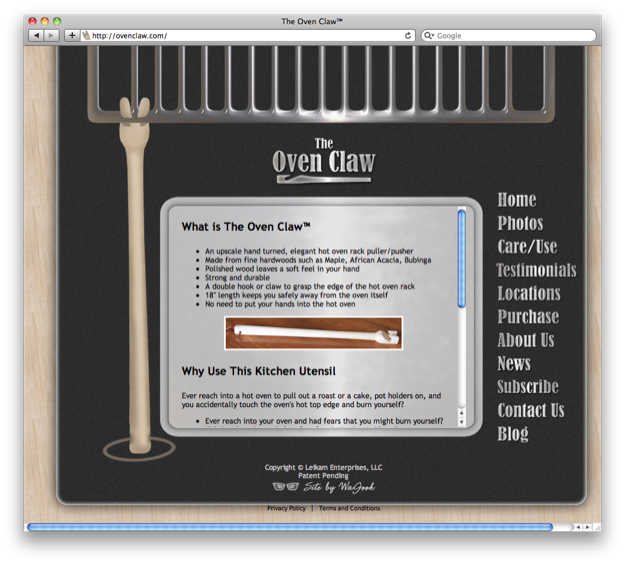 On a visit to Portland, Ore., about three years ago, Bill Leikam watched curiously as his brother used an odd piece of plywood to pull a hot rack from of the oven. “I said: ‘What was that?'” recalls Leikam. It was the family’s “oven buddy” he was told.

Like every inventor, Leikam believed that he could design a much better version. For about six months, the retired chief of a Silicon Valley high-tech firm ruminated on the idea and then headed to a local lumberyard to try his hand as a toolmaker. After devising five different iterations and plowing $12,000 of his own savings into the new venture, Leikam launched the Oven Claw in Palo Alto, Calif. Last Christmas he began selling the hardwood utensil online and at seven specialty stores.