Some say Matthew Maguire is the father of Labor Day. Others say it was Peter McGuire. Both cared greatly for an important segment of the marketplace, its workers. 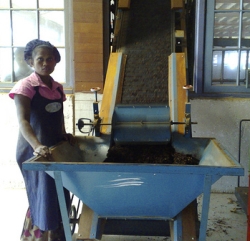 Regardless of paternity, such a day was first celebrated on Tuesday, Sept. 5, 1882, in New York City, when members of the CLU took an unpaid day off to demonstrate solidarity and, of course, have picnics.

In 1884, President Grover Cleveland designated the first Monday in September as Labor Day and an official federal holiday.

Alas, entrepreneurs aren’t organized like our union brethren, probably because we’re too busy making payroll. There is no single Small Business Day officially decreed by the U.S. government. No Entrepreneur’s Day set aside to honor the few who do so much for so many; a day to picnic and party down in honor of the real heroes of the marketplace — small business owners.

There actually is a small business week when the U.S. Small Business Administration recognizes the “creme de la creme” of entrepreneurs in America. But it’s not a federal holiday, and it’s not always the same week each year.

Small businesses represent over 98 percent of all U.S. businesses and produce over half of the U.S. $13 trillion GDP. Plus, we sign the front of the paychecks of over half (70 million) of all U.S. workers.

So, what’s the answer? Let’s celebrate Small Business Day in a way no other national holiday has been established: on a Sunday, because that would create the least payroll expense.