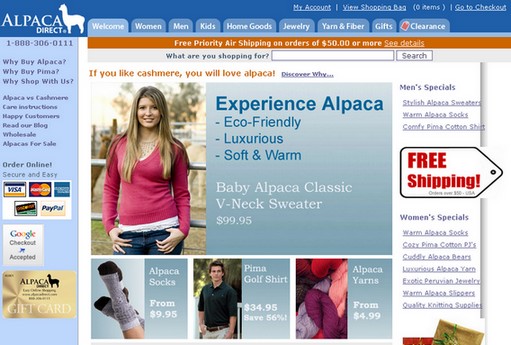 Like many retailers, Jim Hobart knows the value of a good testimonial.

The online store he co-founded, AlpacaDirect.com, always offered a page full of cherry-picked customer comments raving about the site’s alpaca sweaters, socks and yarn. But recently Hobart, 47, decided to take the idea a step further: He hired PowerReviews, whose software lets shoppers write their own product reviews directly on the retailer’s Web site.

It was a risky move for the four-year-old company, based in Brentwood, Calif. Hobart was effectively paying to host bad press — such as posts by customers who described AlpacaDirect’s golf cardigan as “kinda sweaty” and a “poor fit.” Both awarded the cardigan three out of a possible five stars.

But a month after installing the PowerReviews service, Hobart saw sales climb 23% on items that had customer reviews (even that cardigan, which garnered an average of four stars).

“People are really researching their purchases,” he says. “We knew our customers liked our products, and we wanted them to tell one another.”

Consumers are becoming used to searching for reviews when they shop online. Internet shoppers rank reviews as the most desired feature of a Web site, according to a recent survey by Forrester Research. “People want to talk among themselves,” says Jacqueline Anderson, a senior consultant at Forrester.