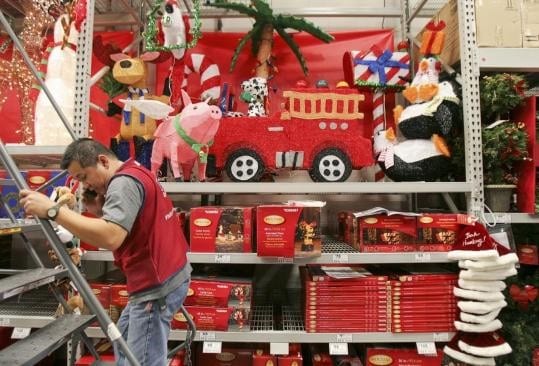 The leaves may have barely begun to fall, and the still-strong sun banishes thoughts of December.

But like it or not, the holiday shopping season, in all its gift-giving cheer and consumerist frenzy, is already underway.

It began even earlier than usual this year, with a few stores displaying Christmas items in July.

The accelerated arrival of ceramic Santa Clauses and faux-pine wreaths at retail outlets is a much-lamented phenomenon known as Christmas creep.

And as retailers jockey for a piece of increasingly limited holiday budgets in a make-or-break game of one-upmanship, it shows little sign of retreat.

“You can’t get in the Christmas spirit in September, man,’’ shopper Manny Hernandez said, sighing at the notion. “Crazy, all this stuff so early. I don’t even think about it until after Thanksgiving, if I’m lucky.’’

But retailers, who typically rely on the holiday season for at least 25 percent of their annual sales, say Hernandez belongs to a dwindling minority, especially as a bleak economy forces families to snap up bargains whenever they can.

With holiday sales at a premium, retailers are pulling out all the stops to attract cost-conscious consumers as early as possible.

Photo by The Boston Globe.