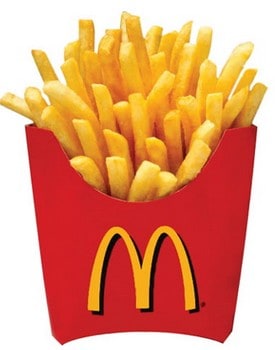 From the fields of Idaho to tasting rooms in suburban Chicago, potato farmers, researchers and industry representatives are in the midst of an elusive hunt: finding a new spud for McDonald’s french fries.

Seven years have passed since the fast-food giant last added a new U.S. potato variety to three previously approved for its golden fries, something that both irks and motivates potato researchers who hope their progeny will be next.

Because McDonald’s buys more than 3 billion pounds of potatoes annually across the globe, it has the power to dictate whether a variety sprouts or winds up in the less-lucrative supermarket freezer’s crinklecut bin – or worse yet, banished to become dehydrated taters.

The company still relies on the Russet Burbank for many of its fries, even though this 130-year-old variety takes an eternity to mature, gulps water and falls victim to rots and other diseases, meaning farmers must douse it in chemicals.