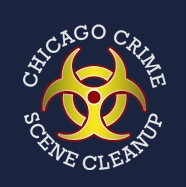 Dan Reynolds didn’t set out to become an entrepreneur. Instead, the full-time firefighter and former commercial truck salesman from suburban Chicago wanted to hire on with a big crime-scene cleanup company. But when he was treated rudely during his interview in early 2007, he vowed to found his own company as payback. His Chicago Crime Scene Cleanup got its first job–a messy suicide in a home in Minooka, Ill.–three months later. He’s been busy ever since. Today, in fact, the startup is up to nine part-time employees, drawn mostly from haz-mat teams at nearby fire departments, who scrub down everything, including foreclosed homes that have been soiled by vagrants and/or wild animals and meth labs. Says Reynolds: “If another contractor comes in and says, ‘Ew,’ that’s where we go to work.”