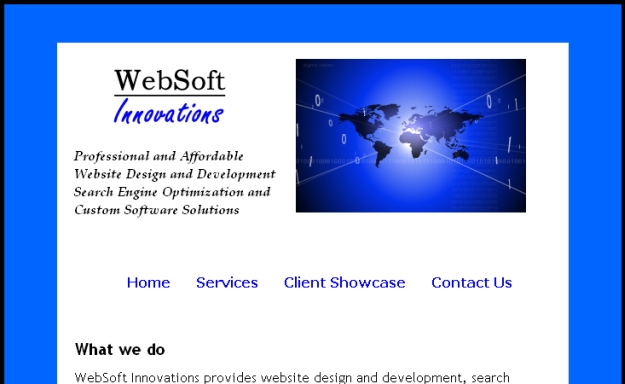 When Melissa Rolli was laid off last December, she didn’t let it get her down. Instead, the mother of three young boys returned to school, and started her own business.

Rolli, a student and mother who lives in Julington Creek, likes to bake and play with her three boys, who range in age from 6 to 2. After asking herself, “What am I gonna do next?”, she decided to take matters into her own hands, and created her own future.

Her husband is in the web design industry, so she naturally found herself interested in what he was doing. After developing a few web sites, and search engine optimization for a small law firm, Rolli dediced to start her own website, WebSoft Innovations.

“I’m hoping that it will give me what every woman wants and that’s a balance between work and family.”