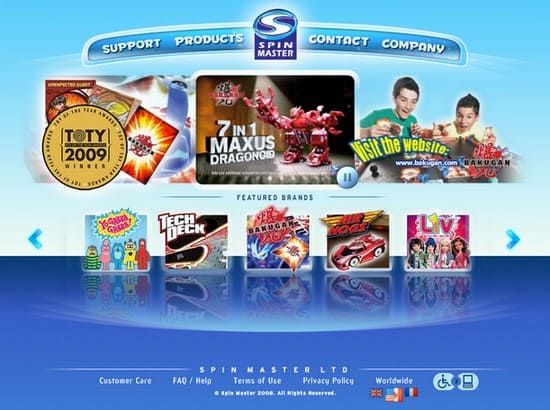 Ben Varadi is a master of child’s play. The 39-year-old spends most of his days testing, promoting and gabbing about toys, reports the World-Herald News Service.

He teamed up with partners Ronnen Harary and Anton Rabie to create the Toronto-based toy company Spin Master. Now the third-largest toy company in North America, Spin Master is known for such popular brands as Bakugan Battle Brawlers and Air Hogs.

Spin Master recently released a new line of fashion dolls that is shaking things up in the doll aisle. Liv Fashion Dolls are proving popular this holiday season.

Q. How difficult is it for a new toy company to break into the industry?

Ben Varadi. The hardest thing for Spin Master was we didn’t have a brand. Mattel has been out there doing this for 50 years. They have Polly Pocket and Barbie. Hasbro has Monopoly and Littlest Pet Shop. These toys and games have been around for 30, 40 or 50 years. We didn’t have anything. We always had to start from scratch. We learned very quickly the only way we were going to survive is to simply stay in the game and not do anything stupid to sink the company.

Ben Varadi. Stupid is taking a bigger risk than what we could afford, like buying too much inventory. Spending too much money on marketing when your product isn’t selling enough. A bad recall. There are so many things that can go wrong. In the 15 years I’ve been in the toy industry, there’s been a lot of consolidation. Today we’re the third-largest toy company, and we used to be a flea on a horse’s (bum). A lot of companies have either gone under or consolidated. Even the retailers like Noodle Cadoodle and Zany Brainy.

Ben Varadi. Finding great items. We’ve really prided ourselves in working with inventors. We love taking a product from absolute spit and gum to the shelves. It’s been hard, and we’ve had our share of failures, but we’ve really learned. Now that we have brands — Bakugan Battle Brawlers, Tech Deck (finger skateboards), Flix Trix BMX collectibles and Liv Fashion Dolls — it’s really helped us to take a product from an inventor and make it happen.