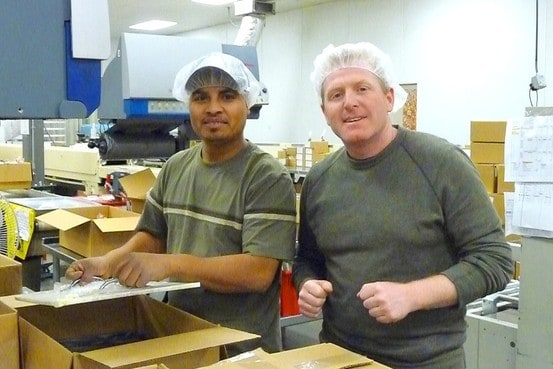 When Andrew Schuman bought Hammond’s Candies in 2007, the nearly 90-year-old candy company was operating in the red. Schuman, who says he knew nothing about the candy business, soon learned that an assembly-line worker, rather than an executive, had dreamed up the design of the company’s popular ribbon snowflake candy, reports The Wall Street Journal.

It was an “aha” moment, he says. “I thought, ‘wow, we have a lot of smart people back here, and we’re not tapping their knowledge.’ ”

So last year Schuman decided to offer a $50 bonus to assembly-line workers who came up with successful ideas to cut manufacturing costs.

“They’re the ones making and packing the candy, so I thought they probably know how to do things better and more efficiently,” says Schuman, president of the Denver, Colo., company, which has about 90 employees.

The informal idea program, which is open to all Hammond’s Candies workers, has handed out more than $500 in employee bonuses since it began last year. One worker suggested a tweak in a machine gear that reduced workers needed on an assembly line to four from five.

Another employee devised a new way to protect candy canes while en route to stores, which resulted in a 4% reduction in breakage. “It’s these little tiny things that someone notices that help us in the long run,” says Schuman, who adds that the company was able to earn a profit this year.

As more entrepreneurs turn to employees for innovation to gain even the slightest advantage in a still-sluggish economy, many are discovering the usefulness of cash incentives or other rewards to encourage workers to come forward with ideas.