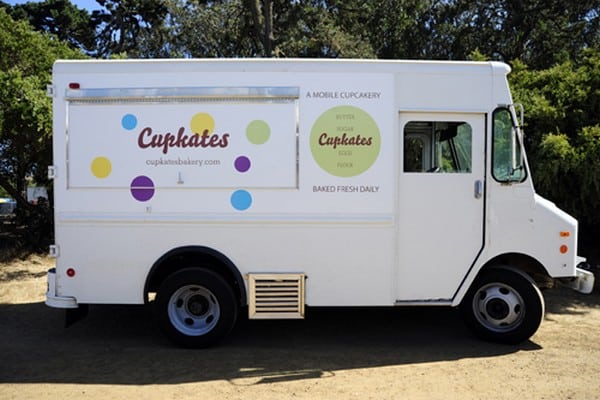 Listen up, buttercream lovers, a cupcake truck is making its first San Francisco appearance dispensing deliciousness in varieties that include Red Velvet, Twinkie, and S’more.

We found all these dead zones,” McEachern said. “Berkeley dies after the school year; Rockridge is awesome on the weekends, but during the day it’s dead. We got sort of commitment-phobic.” When her husband suggested she do the whole street food thing, she thought, Meh. When a former colleague at Dwell suggested it, McEachern thought, Oh my god, yes.

She purchased an old mail truck in Southern California, then had it tricked out by a guy in East L.A. who specializes in taco truck conversions. Dwell senior designer Brendan Callahan came up with the logo and panel design.

“I’m very encouraged by the rise of street food recently,” McEachern said. “I believe very much in taking high quality products to the street and selling them at a reasonable price, and the truck lets me do that.”