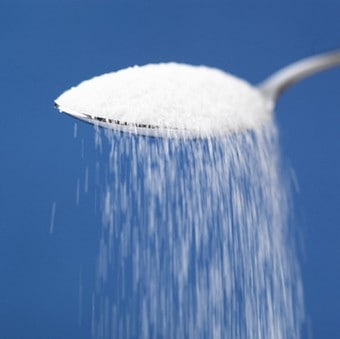 Researchers at the University of South Dakota asked 65 students to answer a series of questions in which they had to choose between getting a smaller sum of money “tomorrow” or a larger sum in the future, according to a story at Physorg.com.

The study participants responded to half the questions on an empty stomach and the other half after consuming a caffeine-free soda sweetened either with sugar or the artificial sweetener aspartame.

Blood glucose levels were measured at the start of the experiment and after the volunteers drank the soda.

“Within 10 minutes of drinking a sugary soda, participants’ interest in a larger, future reward was higher,” Xiao-Tian Wang, one of the psychological scientists who led the study, told AFP.

“It’s like when you eat: if your blood sugar’s high, you can wait longer to eat,” Wang said.

“We found that, yes, you can,” said Wang, who conducted the study with fellow psychological scientist Robert Dvorak.

Not only did having a higher blood sugar level make study participants less likely to act impulsively, but taking a diet drink made people more likely to act on impulse and take the immediate, smaller reward, Wang said.

“Giving someone a diet drink tells the body that there’s an ‘energy crisis’ because you’re giving it something that tastes good but it has no calories.