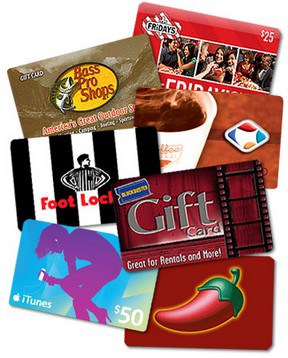 As gift cards have risen in popularity over the years (a whopping $87 billion of them were bought last year, according to research firm TowerGroup), you could be forgiven for assuming that they’re the perfect, one-size-fits-all holiday gift.

Apparently some of the people you gave those ultra-convenient cards to didn’t see it that way, reports WalletPop.

Plastic Jungle, a clearinghouse where people can buy and sell their unwanted gift cards, says its Web site traffic has gone up by an astronomical 250% since Christmas.

The bump is due to people unloading their gift cards for cash. Plastic Jungle lets people sell their cards at a discount and then sells those cards at a slightly less-steep discount, pocketing the difference.

Why is the gift-card trade so hot? For buyers, it might be a chance to get a gift that they really wanted for themselves. For the sellers, it’s obvious: They get a quick hit of cash in their pocket, even if they take a loss on the value of the card. Plastic Jungle’s press release says as much, noting that some sellers liquidate their gift cards to pay off holiday debts. After all, you can’t pay a MasterCard bill with a Starbucks card.