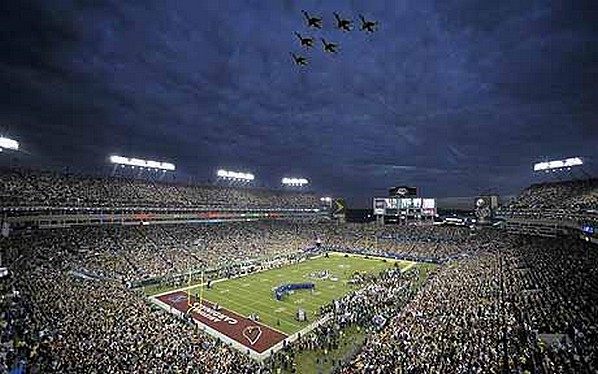 Local economies are historically the biggest victims of recessions.

When the market takes a turn for the worst, it is local shopkeepers, restaurant owners, hotels and other merchants who feel the squeeze most personally, reports Mint.com.

Accordingly, most cities are eager for any economic stimulus they can get. Over the years, one of the great economic boons to any major town or city has been major sporting events.

No matter how bad the economy has been, there is nothing like a World Series, Super Bowl, or World Cup game to infuse some much-needed vitality into local markets. Many fans believe the locations of these events are an afterthought, but economically speaking, nothing could be further from the truth.

During the 2009 World Series, for instance, ABC estimated that the event was “…expected to funnel some $25 million into the local economy” of Philadelphia, including “…$3 million or more directly to the city in taxes.”

Among the most obvious ways a city benefits from hosting a premier sporting event is a surge in hotel reservations. Naturally, the many fans, onlookers, journalists, and friends and family of the athletes need places to stay for the duration of the event. This is true even for events like the Super Bowl, which only last one day but are purposely held in tourist-friendly areas to encourage extended stays.

Major sporting events bring more to a city than fan excitement. In addition to the thrills of game action, these events routinely funnel tens of millions of dollars — and sometimes hundreds of millions — into the surrounding area in the form of hotel reservations, bar and restaurant sales, snack and party supplies, and “adult entertainment.” Far from being incidental, the location of a major sporting event can be instrumental, which explains why cities compete intensely for the right to host one.