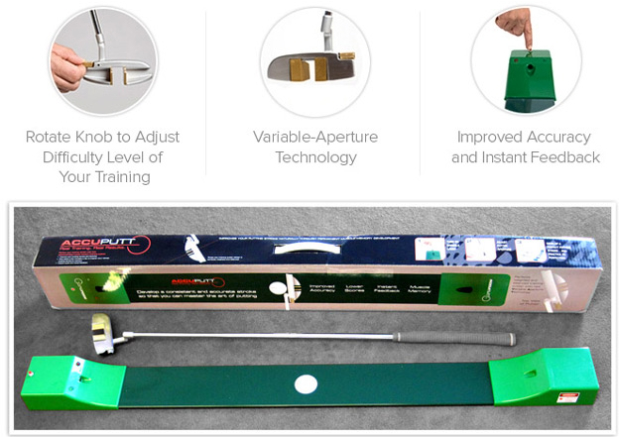 Ralph Blanchard’s putt left a lot of room for improvement. When he tried to look for something that would help him improve his putt he was left feeling like it simply was not enough. After talking with fellow golfers about his situation he soon found that he was not alone, reports Florida Today.

That spurred him to create the Accuputt, a device that uses a laser to help golfers improve their putting. He had a coming-out party for the $199 Accuputt at last month’s PGA Merchandise show at the Orange County Convention Center in Orlando. Blanchard is hoping this year to get some of the major sports retailers to devote some floor space to his invention.

“Putting is a tough discipline,” he said. “I was using some training aids before and they just didn’t cut. They weren’t realistic.”

Accuputt features a laser and a training putter to help users keep their strokes along the appropriate plane, or aimline. If a user goes off line, the laser beam will be broken and the device will offer visual and audible feedback.