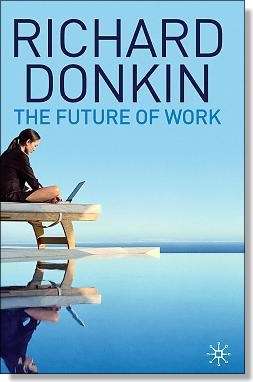 The line between work and home is disappearing, says former Financial Times columnist Richard Donkin in his new book.

Technology has merged our working and personal lives, creating a more unified experience described in The Future of Work, reviewd by Seth Brown at USA TODAY.

If the computer screen is not yet the Big Brother of George Orwell’s 1984, along with invasive accomplices like the BlackBerry and iPhone, it may be seen as a kind of tolerated Little Brother, ever tugging at our sleeves for attention,” Donkin writes.

What will be the key influences on the future of work and the workers of tomorrow?

Standardization has turned the fulfilling work of the artisan into the cheerless repetitive job of the factory worker. Most businesses have closed systems and rigid policies and have “removed the discretion that allows people either to use their initiative or to impose their personalities and style on a job.”