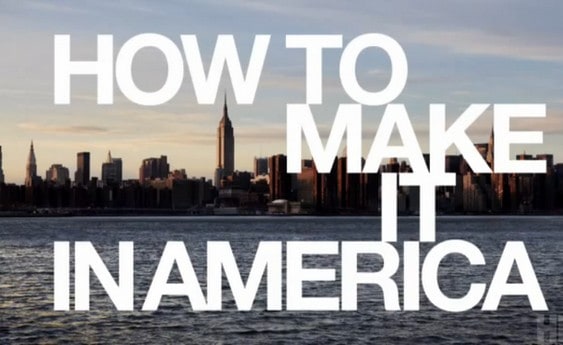 Inc.com reports that if you ever doubted that it’s incredibly hip to be a young entrepreneur these days, consider that HBO has launched a new Entouragesque series about the travails of aspiring young business owners.

How To Make It In America, which aired Feb. 14 at 10 p.m., follows Ben Epstein (Bryan Greenberg) and Cam Calderon (Victor Rasuk), two twenty-something New Yorkers who decide to launch a premium denim company.

Greenberg took his role as Ben Epstein seriously enough to actually have some conversations with successful entrepreneurs in the fashion industry. He checked in with some folks at Mark Ecko, and also had a long conversation with Bobby Kim, co-founder of The Hundreds, a streetwear apparel company and former Inc. “30 Under 30” company. “Bobby told me is that it isn’t about what you’re making — it’s all about the brand and the hustle,” says Greenberg. He hints that all will not go smoothly for Epstein and Calderon.

After all, the fictional partners have already failed once. “We made a skateboard but then the guy we made it for went off his meds and went crazy,” says Rasuk. Ah, another lesson: the perils of celebrity endorsements! “We have no idea what we’re doing,” says Greenberg of the characters. “So the business plan may change over the course of time. Plus we get into debt with some people who we probably shouldn’t get into debt with.”

You can watch the first episode for free on YouTube.