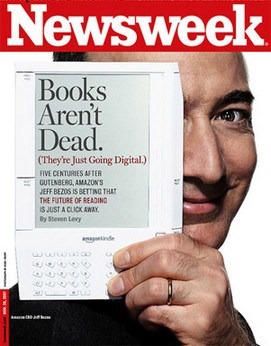 On Monday, we asked readers how much they would be willing to pay for a bestseller quality ebook.

Thanks to all those that participated.

CNet’s David Carnoy reports that in recent weeks, the stand-off between Amazon and publishers over e-book pricing has received a lot media attention.

At issue is who controls how e-books are priced and what pricing flexibility publishers have when coordinating releases of their hardcover books with their e-book counterparts.

Many say the brouhaha was precipitated by Apple’s iPad launch, which included a new e-book store (iBooks) with a pricing structure that appealed to certain publishers. In the wake of the launch, two major publishers, Macmillan and Hachette, have renegotiated deals with Amazon to move to an “agency model” that allows publishers to set prices for their e-books and give Amazon a 30 percent cut from the sale price. Word is that most–but maybe not all–of the “big six” publishers are interested in following suit with similar deals.

As any Kindle owner knows, Amazon has touted how it sells many new releases and all best sellers for $9.99. Under this arrangement, Amazon is willing to take a loss because it buys e-books from publishers for about 50 percent off the list price of the hardcover. For instance, if a hardcover lists for $24.95, Amazon buys the e-book for around $12.50 and sells it for $9.99.

On the surface, that may seem marginally crazy, but Amazon wants to attract people to its Kindle platform by offering the best selection of e-books at the best prices–and forcing competitors like Barnes & Noble and Sony to match those prices.