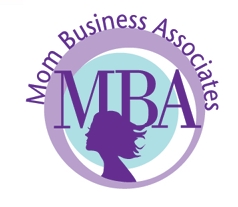 While there are many networking opportunties for women, it was becoming painfully obvious to Sherry Nouraini that not many of them were mom friendly, reports The Orange County Register.

She used to be part of a women’s networking group, but when she missed a few meetings to take care of her daughter, members told her she wasn’t taking the group seriously. One time when she was on a conference call, the other women overheard her son making noise and scoffed at her.

Nouraini didn’t like it. So she decided to start a networking group of her own, focusing on working mothers. It started in San Diego in 2007, and a few months ago, the first Orange County chapter of Mom Business Associates took root in San Clemente.

“It’s about priorities,” said Nouraini, who has a doctorate in genetics and used to work for a biotechnology firm. “One member told me recently that her two kids were her top priority, but I told her she has to think of her business as her third child.”

The San Clemente group, which meets twice a month, has just a handful of members — there are about two dozen MBA members in San Diego — but Caylin Wade, the chapter leader, said she hopes to have at least 10 members by the end of the year.

The meetings are about learning new skills and networking. At one meeting in late January, about seven women tried to figure out what’s better for a business, a Facebook fan page or a group page? And what does it mean to “retweet”?

“It’s different than any other networking group I’ve been a part of,” said Wade, who runs a travel booking service from her San Clemente home. “It seems like everything else was kind of like a man’s world of networking. You know, just hand out a card and that’s it. But here, we’re building relationships that are both personal and business-related.”