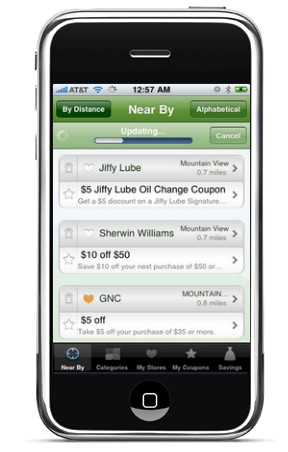 Marketers have long been giddy about the prospect of sending ads to consumers’ cell phones, but consumers haven’t always been too keen on the idea, reports Inc.com.

That, however, is starting to change. Though cell-phone owners still seem resistant to the idea of advertisers randomly pinging their phones, a recent survey by HipCricket, a mobile advertising firm, found that 37 percent of consumers would be interested in participating in a mobile customer-loyalty program.

In fact, as coupon usage has experienced an upswing during the recession, more and more shoppers have signed up to receive special offers through third-party cell-phone applications and text-message programs.

New free mobile applications, such as Yowza, MobiQpons, and Cellfire, allow consumers to check for nearby businesses offering special deals. Phones that have built-in GPS capabilities, such as the iPhone and T-Mobile G1, can usually pinpoint a customer’s location down to the city block.

In many cases, a customer simply shows his or her cell phone at the register, where the cashier scans a bar code on the phone’s screen. Although most of these applications have been around only for a few months, millions of people have downloaded the software to their phones.

Because mobile coupons target customers who are near a store’s location, the redemption rates can exceed those of paper coupons.