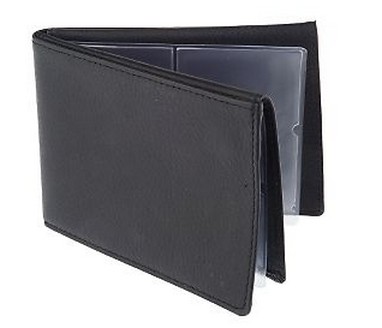 Inventors Digest says Alan Beckley is an entrepreneur, inventor, and a consultant to small businesses.

In 2002, tired of sitting on bulky wallets stuffed with hard to find cards, he invented the Savvy Caddy, a wallet laid out like a photo album that could hold twice as many cards yet remain half as thick and comfortable to sit on.

Bulky wallets pose a fashion and health risk. An article in the New England Journal of Medicine documented cases of “credit-card-wallet sciatica” as pain resulting from sitting upon a thick wallet (over 1” thick) for extended periods.

Inventing Savvy Caddy and obtaining two patents turned out to be the easy part.

The hard part was getting it into the marketplace successfully.

Last year Beckley took his Savvy Caddy wallets on QVC, the largest home shopping network, where he was able to sell more in 5 minutes than the previous 5 years.

He continues to help entrepreneurs, as well as other inventors, to solve problems and move forward with their projects.