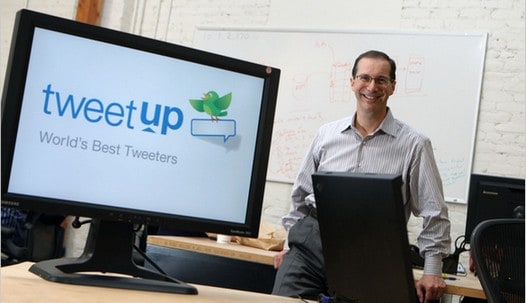 The New York Times is reporting that Bill Gross, the serial entrepreneur who pioneered search advertising, is unveiling a venture that aims to make money by allowing people using Twitter to bid on key words to give their posts top ranking.

Called TweetUp, the service will also organize the posts according to their popularity as measured by how often readers repost them and click on links they contain.

Gross said he had signed deals with other outside Twitter services like Seesmic, TwitterFeed and Twidroid to display TweetUp’s rankings. A TweetUp search bar will appear on Web sites like Answers.com and BusinessInsider.com. TweetUp will split revenue evenly with each partner, he said.

The goal is to cut through the clutter of thousands of irrelevant posts on topics of interest and keep the useful ones from disappearing into a torrent of messages.

The gamble is whether Twitter users who have turned the microblogging service into global communications phenomenon will be willing to pay to get their 140-character messages noticed – and whether other Twitter users will view such paid placement as legitimate.