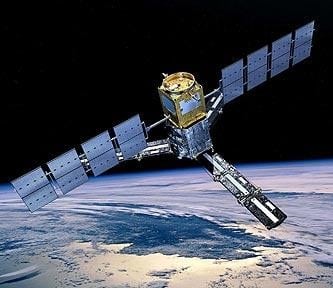 Say it ain’t so. Drivers in the United Kingdom had better stay under the speed limit, because the traffic authorities are watching… from outer spaaaaaace.

According to The Telegraph, an American company called PIPS Technology has developed a system that uses two cameras on the ground and one satellite in orbit to catch speeders.

The system – called “SpeedSpike” – figures your average speed between two points, captures an image of your license plate and reports you if you’re going faster than the law allows.

Oh, and if you’re hoping Great Britain’s notoriously gray weather will save you, you’re out of luck; the system works even when it’s cloudy or dark.