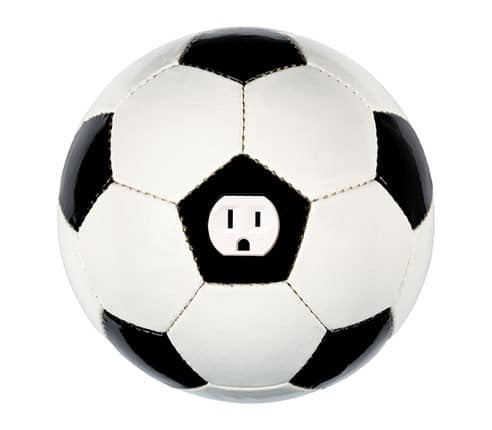 Fifteen minutes on the field captures enough energy to power a small light for three hours and may help people in developing nations replace kerosene, a leading cause of respiratory illness and fires.

Working on the principle of flashlights that charge when shaken, the sOccket is the brainchild of Harvard students Jessica Lin, Julia Silverman, Jessica Matthews, and Hemali Thakkar and is being funded by the Clinton Global Initiative University and the Walmart Foundation.

The ball will be sold in the U.S. as a high-end cell phone charger, and profits will provide low-cost balls to Third World nations.