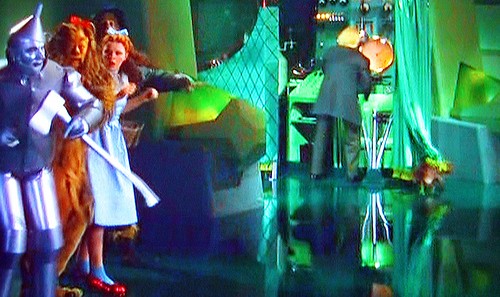 Start-up Aardvark had an idea to develop a social search engine, in which people could ask a question via instant messenger and then Aardvark would automatically route the question to the user’s friends, and friends of friends, finally bringing the answer back to the user from the user’s own extended social network.

But before Aardvark built the technology it tried out the service with humans behind the curtain, in a “Wizard of Oz” scheme, reports The Wall Street Journal.

Aardvark employees would get the questions from beta test users and route them to users who were online and would have the answer to the question. This was done to test out the concept before the company spent the time and money to build it, said Damon Horowitz, co-founder of Aardvark, who spoke at Startup Lessons Learned, a conference in San Francisco on Friday.

“If people like this in super crappy form, then this is worth building, because they’ll like it even more,” Horowitz said of their initial idea.

At the same time it was testing a “fake” product powered by humans, the company started building the automated product to replace humans. While it used humans “behind the curtain,” it gained the benefit of learning from all the questions, including how to route the questions and the entire process with users.

“We kept running it as a ‘Wizard of Oz’ for nine months with humans at the back end…classifying queries, managing conversations but not necessarily answering questions,” Horowitz said.

The company meanwhile raised $2 million in seed funding, then $5.5 million in Series A financing to build out the automated technology to replace the humans.

Aardvark also focused heavily on research with users, bringing in six to twelve users a week every week for months. Aardvark was eventually acquired earlier this year by Google Inc.