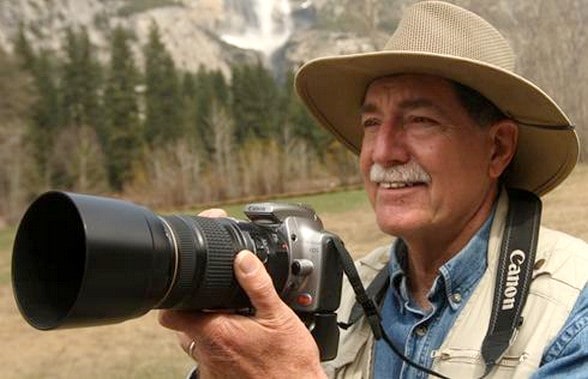 After toiling for three decades in finance, it wouldn’t be surprising if 65-year-old Patrick Althizer kicked back and lived off his savings and Social Security.

But with a spirit not ready for sedentary retirement – as well as college costs for two daughters – he veered off to a new career path: leading shutterbugs through the stunning waterfall areas of Yosemite National Park, reports USA TODAY.

Althizer has embraced his new vocation with enthusiasm. He plastered decals that promote his firm, Photo Safari Yosemite, on the windows of his white Jeep Cherokee, networked with the folks who run local tourist attractions, and at his daughters’ behest, joined Facebook to promote his firm, which takes tourists to the best photo-taking spots in the national park.

He joins millions of other Americans in ramping up a business at an age when many slow down. Folks 55 to 64 represented the second-largest jump in entrepreneurial activity by age (just behind 35- to 44-year-olds) from 2008 to 2009, according to an Index of Entrepreneurial Activity released last week by entrepreneur-focused group Ewing Marion Kauffman Foundation.

Other studies, such as a recent Global Entrepreneurship Monitor report, as well as data from the Bureau of Labor Statistics (BLS), also show an uptick in older folks becoming their own bosses.

The number of self-employed Americans rose to 8.9 million in December 2009, up from 8.7 million a year earlier, according to BLS data provided by outplacement firm Challenger Gray & Christmas. Self-employment among those 55 to 64 hit nearly 2 million, a 5% rise from the prior year. Self-employment for those 65 and older hit 939,000 – a 29% increase.