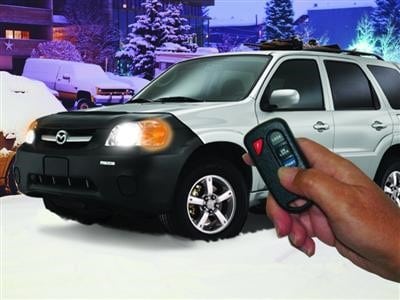 Behind the cash register at Smoke Shop No. 2 in downtown San Francisco, Sam Azar swipes a customer’s credit card to ring up cigarettes. The store’s card reader fails to scan the card’s magnetic strip. Azar swipes again, and again. No luck.

As customers begin to queue, he reaches beneath the counter for a black plastic bag. He wraps one layer of the plastic around the card and swipes it again. Success. The sale is rung up.

“I don’t know how it works, it just does,” says Azar, who learned the trick years ago from another clerk. Verifone, the company that makes the store’s card reader, would not confirm or deny that the plastic bag trick works. But it’s one of many low-tech fixes for high-tech failures that people without engineering degrees have discovered, often out of desperation, and shared, reports The New York Times.

Today’s shaky economy is likely to produce many more such tricks. “In postwar Japan, the economy wasn’t doing so great, so you couldn’t get everyday-use items like household cleaners,” says Lisa Katayama, author of “Urawaza,” a book named after the Japanese term for clever lifestyle tips and tricks. “So people looked for ways to do with what they had.”

Popular urawaza include picking up broken glass from the kitchen floor with a slice of bread, or placing houseplants on a water-soaked diaper to keep them watered during a vacation trip.

Suppose your remote car door opener does not have the range to reach your car across the parking lot. Hold the metal key part of your key fob against your chin, then push the unlock button. The trick turns your head into an antenna, says Tim Pozar, a Silicon Valley radio engineer.

Pozar explains, “You are capacitively coupling the fob to your head. With all the fluids in your head it ends up being a nice conductor. Not a great one, but it works.” Using your head can extend the key’s wireless range by a few car lengths.

If your printer’s ink cartridge runs dry near the end of an important print job, remove the cartridge and run a hair dryer on it for two to three minutes. Then place the cartridge back into the printer and try again while it is still warm.

“The heat from the hair dryer heats the thick ink, and helps it to flow through the tiny nozzles in the cartridge,” says Alex Cox, a software engineer in Seattle. “When the cartridge is almost dead, those nozzles are often nearly clogged with dried ink, so helping the ink to flow will let more ink out of the nozzles.” The hair dryer trick can squeeze a few more pages out of a cartridge after the printer declares it is empty.