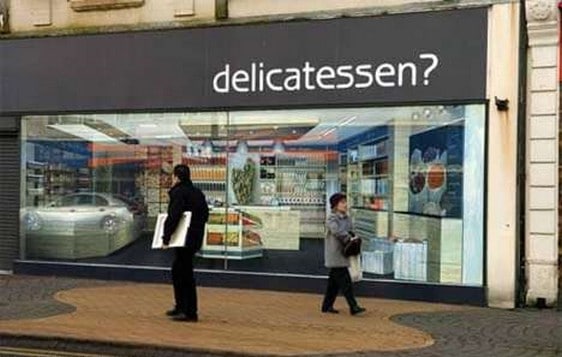 According to Trendhunter.com, North Tyneside, England, is taking a novel approach to economic depression by putting up fake business fronts.

North Tyneside has been devastated by the down economy, losing 140 businesses, which has led the town to take some drastic measures.

And by drastic, I mean genius! The removable fake business fronts are used to encourage the growth of business, showing what could be. This idea is genius.

The covers only cost about 1500 euros, so besides being clever, it’s financially sound. North Tyneside, you rock.